Our History: A Survey of United States History, Volume Two - From 1865

Our History: A Survey of United States, Volume 2—From 1865 v1.0 is suitable for introductory or survey courses on the history of the United States, also called American History, for the time period from the end of the Civil War (1865) to the present. It is intended for the second course in a full-year sequence that is taught at the undergraduate level at both two- and four-year colleges and universities.

Our History clearly presents the full scope of United States history by organizing the narrative around a primarily political chronology, and featuring an emphasis on the various competing experiences of individuals, communities, and the body politic. The book features an expansive treatment of political history that includes all forms of politics, not just electoral results or elite actors, while integrating robust coverage of popular culture that illuminates many facets of social history. This volume is generally assigned for courses lasting for one semester or one or two quarters. For a year-long course, it can be paired with the first volume that encompasses the period from pre-Columbian contact to the end of Reconstruction (1877). (See Our History: A Survey of the United States, Volume 1—to 1877 v1.0.)

This book is now available with FlatWorld’s Homework System at no additional cost to your students.

With the new, easy-to-use Homework System, you will be able to assign questions and autograde homework. The system includes multi-format questions written specifically for your FlatWorld book, which you can access through our stand-alone interface or integrate with your learning management system (e.g. Canvas, Moodle, Brightspace/D2L, and Blackboard).

To schedule a demo for help in setting up FlatWorld Homework for your course, contact your Sales Rep or FlatWorld support. 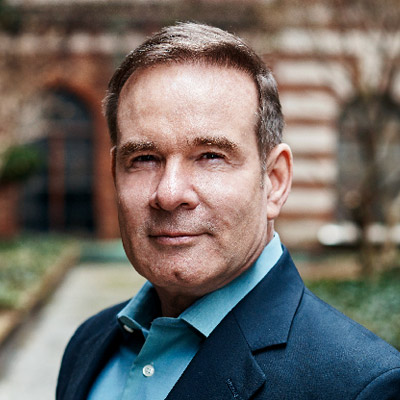 Steve M. Gillon is the Scholar-in-Residence at HISTORY and Professor of History at the University of Oklahoma.

Steven Gillon (Ph.D. Brown University) received his B.A. in History from Widener University where he graduated summa cum laude with honors in History. He was named the recipient of the Faculty Prize for maintaining the highest undergraduate GPA. He went on to earn his A.M. and Ph.D. in American Civilization from Brown University where he was elected to Phi Beta Kappa. After receiving his Ph.D., Steve spent nine years teaching history at Yale University where he won the prestigious DeVane Medal for outstanding undergraduate teaching. In 1994, he accepted a position as University Lecturer in Modern History at Oxford University. Three years later, he returned to the United States at the invitation of the president of the University of Oklahoma to become the founding dean of a new Honors College.

Steve is one of the nation's leading experts on modern American history and politics. He has written or edited nearly a dozen books including Separate and Unequal: The Kerner Commission and the Unraveling of American Liberalism (Basic, 2018) and the New York Times bestseller, The Pact: Bill Clinton, Newt Gingrich, and the Rivalry that Defined a Generation (Oxford, 2008). Among his many other books are: America’s Reluctant Prince: The Life of John F. Kennedy, Jr. (Penguin USA 2019); Pearl Harbor: FDR Leads the Nation into War (Basic, 2011); 10 Days that Unexpectedly Changed America (Three Rivers, 2006); Boomer Nation: The Largest and Richest Generation and How it Changed America (Free Press, 2004); That’s Not What We Meant to Do: Reform and Its Unintended Consequences in Twentieth-Century America (W.W. Norton, 2000); The Democrats' Dilemma: Walter F. Mondale and the Liberal Legacy (Columbia University, 1992); and Politics and Vision: The ADA and American Liberalism, 1947-1985 (Oxford, 1987).

Steve's articles have appeared in both academic journals and popular newspapers, including the Los Angeles Times, New York Daily News, Washington Post, Chicago Tribune, and Boston Globe. He has been a frequent contributor to the Huffington Post. He has made appearances on NBC’s Today Show, ABC’s Good Morning America, CNN, MSNBC, and Fox News as a commentator and expert on issues related to modern American history.

Over the past decade, Steve has hosted a number of shows on HISTORY, including the network's flagship public affairs program, HistoryCenter. He has also hosted Our Generation, History vs. Hollywood, and Movies in Time. His last three books have been turned into prime-time documentaries on the network.