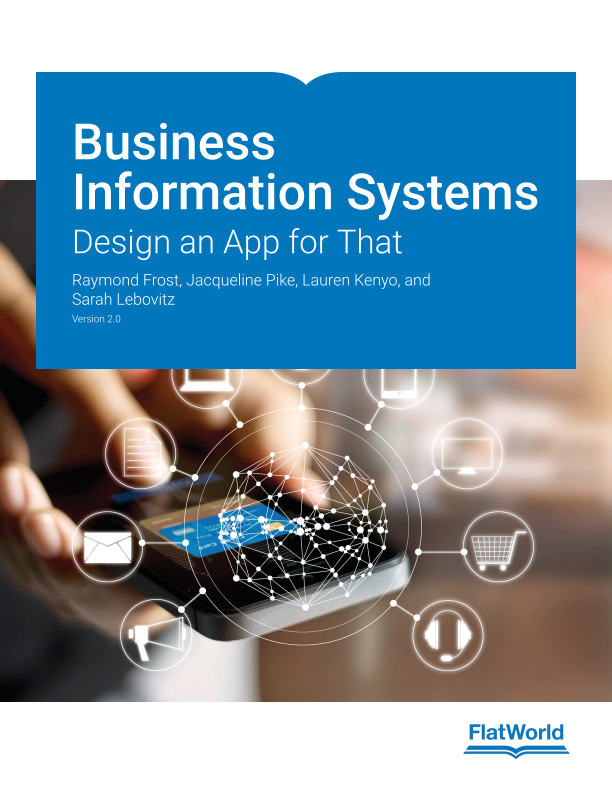 Business Information Systems: Design an App for That

This textbook is suitable for the following courses: Introductory Management Information Systems.

Business Information Systems: Design and App for That provides an introduction to the field of Management Information Systems. Modeled after an internship, this project has students design, market, and “sell” an app in the class store.

Chapter 1: Rethink What You Know

Chapter 10: Design a Webpage to Market the App

Chapter 14: Information Systems in Your Life: Types of Systems and Careers

Chapter 16: Writing the Business Case: Design a Report for the App

Chapter 17: Presenting the Business Case: Design a Presentation for the App

Solutions manuals, sample exams, video learning segments, workbooks, cases and lab manuals are just some of the extras our books will offer depending on the needs of the course. Click here to see what this textbook offers. 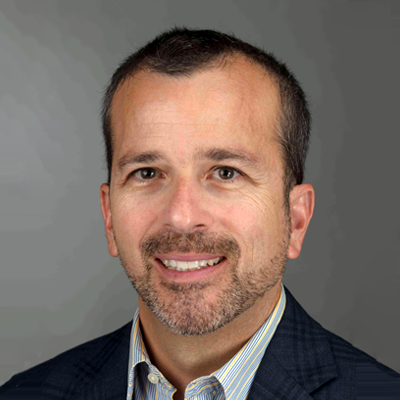 Raymond D. Frost is a Professor in the Management Information Systems department at Ohio University. He is also the Director of Studies for College of Business students in the Honors Tutorial College (HTC). Frost joined the College of Business in 1999. His primary research areas are instructional pedagogy, information design, and database design. He was named 2010 Computer Educator of the Year by the International Association for Computer Information Systems. He has also received multiple teaching awards at both the College and University level and holds the title of Director of Teaching Innovation. Frost earned a doctorate in business administration and an M.S. in computer science at the University of Miami (Florida), and received his B.A. in philosophy at Swarthmore College. He lives in Athens, Ohio with his wife, Tere, and their two boys, Raymond and Luke.

Jacqueline C. Pike is an Assistant Professor of Information Systems Management in the Palumbo-Donahue School of Business at Duquesne University. She earned her B.B.A. from the Honors Tutorial College and College of Business at Ohio University and her Ph.D. from the Katz Graduate School of Business at the University of Pittsburgh. Her research interests include behavior in public online communities and social computing environments, the utilization of public online communities by organizations, human-computer interaction, and the visual display of information in a systems context.

Lauren N. Kenyo is an instructor in the Management Information Systems at Ohio University. After graduating from Ohio University’s College of Business she went on to graduate from Ohio’s Masters of Business Administration Program. In 2004 Kenyo came back to join the faculty as an instructor in the Management Information Systems department. Kenyo currently resides in Streetsboro, Ohio with her husband, Eugene, and daughters, Kate and Brooke. 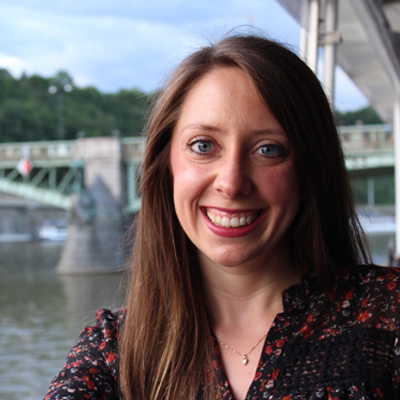 Sarah Lebovitz is a doctoral student in Information Systems at New York University Stern School of Business. She earned a bachelor’s degree from the Honors Tutorial College at Ohio University and worked as a forensics technology consultant and business process analyst in the insurance industry. Broadly, her research seeks to understand the impacts of new technology on organizational processes and outcomes. She studies new forms of innovation, such as the accelerated innovation processes at hackathons and makeathons, enabled by open-source platforms and 3D printing technologies. Her recent interests are examining how data-driven technologies transform knowledge work in high-stakes decision making, such as the effects of artificial intelligence tools in medical diagnostics or human resources practices.
Back to top